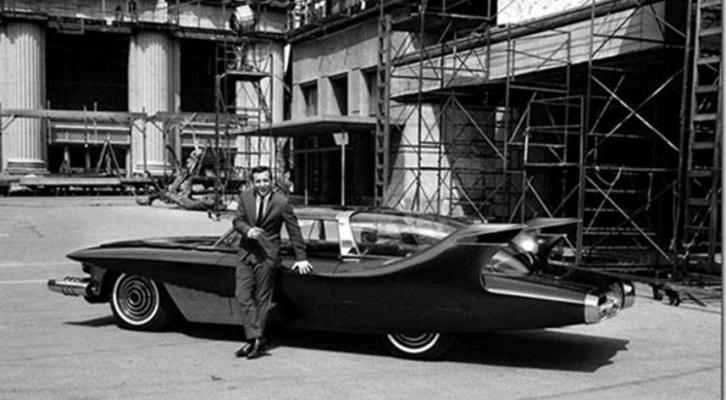 We stumbled across this email floating around the other day

When fins were in….. check how large they are, What, a blind spot!!

The 1960 DiDia 150 was a luxury, custom-designed iconic, handmade car also known as the “Dream Car” forever associated with its second owner, singer Bobby Darin. The car was designed by Andrew Di Dia, a clothing designer, who Bobby Darin had met whilst on tour in Detroit in 1957. Darin telling Di Dia at the time that he would purchase the car if he ever “hit it big”. For seven years, from 1953 to 1960 the DiDia 150 was hand-built by four workers, at a cost of $93,647.29 but sold to Darin in 1961 at a cost of over $150,000 (1.5 million today). ] At the time the car was listed as most expensive ‘custom-made’ car in the world by the Guinness Book of Records. The body was hand-formed by Ron Clark and constructed by Bob Kaiser from Clark Kaiser Customs. 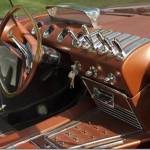 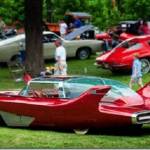 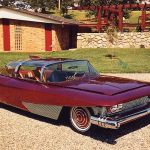 Its metallic red paint was made with 30 coats of ground diamonds for sparkle. Built in Detroit, Michigan, clothing designer Andrew ‘Andy’ Di Dia designed this “unrestrained and unconventional” automobile. Only one example was ever built. The normal V8 engine is located at the front with an engine displacement of 365/427. It has a rear-wheel drive, the body and chassis is hand-formed from 064 aluminum with a 125-inch wheelbase alloy tube frame.  It has a glass cockpit in back, a squared steering wheel and thermostatically controlled air conditioning system. 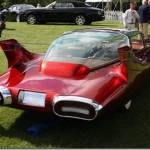 The interior is rust coloured in contrast to the ruby paintwork. The design included the first backseat-mounted radio speakers and hidden windshield wipers, that started themselves when it rained. Other features include retractable headlamps, rear indicators that swivel as the car turns, ‘floating’ bumpers and a trunk that was hinged from the driver’s side. Each of the four bucket seats has their own thermostatically controlled air conditioning, individual cigarette lighters and ashtrays, as well as a radio speaker. The original engine, a Cadillac V8, was later replaced by a 427 high-performance by Ford when it was taken on the show circuit.

Darin drove his wife, Sandra Dee, in the car to the 34th Academy Awards in 1961. When Bobby drove the car to the Academy Awards, Andrew Di Dia and Steve Blauner followed behind him in a limousine. The car had two fans and a switch that you had to turn on. Bobby didn’t realize, so it heated up. All the magazines said the car caught fire but it didn’t.

Di Dia toured the car around the country, when Darin wasn’t using it for public appearances. After publicity and film use, Darin donated his “Dream Car” to the St Louis Museum of Transportation in 1970 where it remains.

This is Andrew Di Dia the car designer. 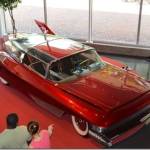 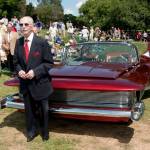 The Mixtures - The Pushbike Song