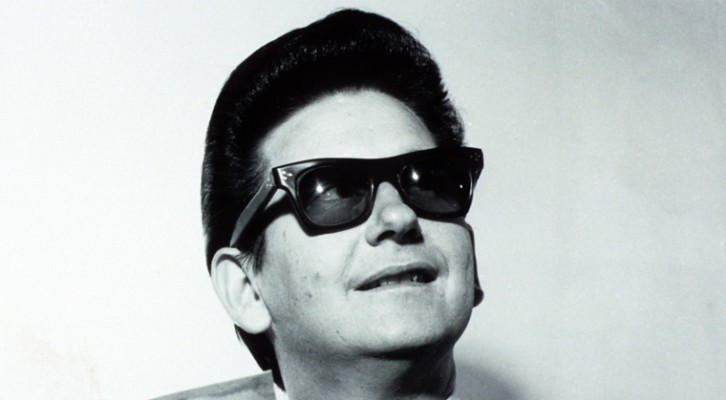 For fans of Roy Orbison “The Big O” the life and times, success and failures of Roy Orbison are explored to a greater depth in the 2013 book “Rhapsody in Black” by American writer John Kruth.

In the 21st Century Roy Kelton Orbison is still remembered with so much affection and his music lives on since his passing December 6 1988 into Rock N Roll Heaven in 1988 aged 52. From 1953 he performed right up until his death.

There are many variations of how Roy Orbison started wearing dark glasses. In not one of the many interviews over the decades I did not have the temerity to ask him why he wore them. It would have been like asking Elvis why he styled his hair.

So after much research and the many different stories put forward, this is possibly the best explanation.

Roy’s trademark dark shades happened by accident when he forgot his prescription spectacles at a performance and he settled for a pair of Ray Ban sun glasses, dark glasses then became an integral accessory and added an extra mystic to Roy Orbison.

They possibly hid the pain of the loss of his wife Claudette in a June 6 1966 motor cycle accident, she was only meters behind him when it happened and died in his arms an hour later. Tragedy struck again for the Big O, September 14 1968. During a British concert tour he received the news two of his three sons, Roy Jnr. and Anthony had been killed in a house fire. Roy’s 3 year old son Wesley was saved by his parents.

Roy’s music is legendary and his last hit “You Got It” that he co-wrote, happened posthumously in 1989 when he was part of the Travelling Wilburys.
His early days at Sun Records with Elvis Presley, Jerry Lee Lewis and Johnny Cash was a prelude to major hits, “Only the Lonely” “Crying” and “Pretty Women.”

In a past Juke Box Saturday night series I played a vision clip featuring Roy in the recording studio with an amazing and rarely played ballad… “Walk On” worth a listen.

Roy Orbison’s life was described recently in a fitting tribute;

“One of beauty and pain in equal measures”

Al Martino – Here in my heart