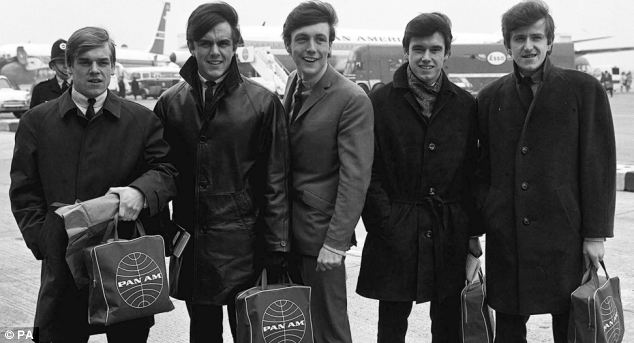 Michael George Smith of Dave Clark 5 fame was born December 6 1943 in Edmonton London. His musical talent shone through at 5 years of age and he studied classical piano. Mike met Dave Clarke when they were both members of the St George Boys Club football team and eventually became the Lead Vocalist and keyboardist with the Dave Clark 5.

Mike Smith was enormously popular on all DC5 world tours and surprisingly had a big fan club in the Philippines. The Band sold 100 million records and chalked up 30 worldwide hits

The DC5 were second only in fame to the Beatles in the Great British music invasion of the USA in the sixties, all the time Mike Smith powering through the endless recording sessions and live concerts.

In 1964 Mike Smith wrote with Dave Clark the bands biggest hit and their signatune Glad all over.

Following leaving Dave Clark in 1973 he formed Mick Smiths Rock engine and had a strong following despite the fact he could not mention the Dave Clark 5 in any advertising. Dave Clark was one of rock most astute business operators and still does keep total control of all aspects of The Dave Clark 5 Incorporated. A lesson many of us who worked through those early days should have learnt from Dave. Even greats like Elvis Presley and Chuck Berry suffered financial exploitation.

2003 Mike suffered a bad fall at his home in Spain and that proved to lead to other complication for years. One of his main sayings was “Don’t let fear stand in the way of your Dreams” dedicated to his son James who was killed in a diving accident in Egypt.

Mike was preparing to join the other members of the DC5 to go to America and his wife Charlie said,” Mike was extremely excited about getting this honour” but owing to illness never made it.

Bruce” The Boss” Springsteen was a big fan and close friend and you can hear why when you listen to one of the strongest and to my mind one of the best rock vocalists of the sixties.

We honour the memory of Mike Smith and suggest you listen to the 1965 hit “I need Love.”