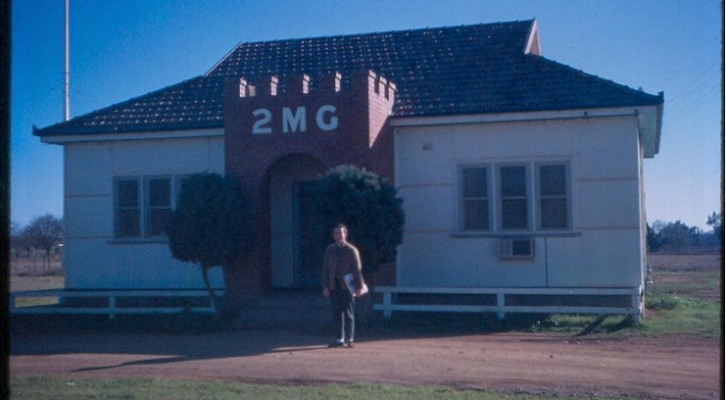 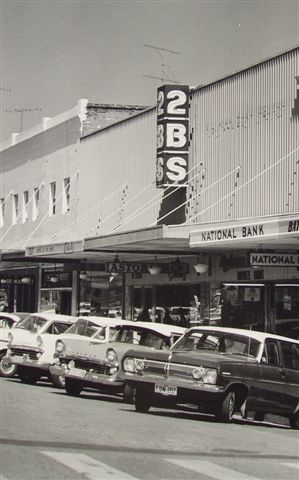 BUSH RADIO is not a derogatory term it was where would be announcers who showed initial talent were given the chance to do an apprentice and if they were good enough they had the chance to make it in the “Big Smoke.” Many who worked for the low wages and away from family honed their future skills and enjoyed a fruitful broadcasting career.

It was early morning on a cold winter’s day I arrived by steam train in Mudgee NSW not at the station platform but like back in the old days out on the tracks. I walked down the steps to be greeted by the 2MG (Voice of Central Tablelands) Station Ron Camplin. Ron was dressed in flannelette pyjamas and a heavy blue check dressing gown, what an entry into my first radio job. Ron at the time was the youngest radio station manager in the Macquarie Radio Network and showed no airs and graces. He was also a Legacy child losing his father early in life. Ron had organised all inclusive full board with his Mother for 2 pound a week.

Day one I met another fledgling announcer Tonia Penny only difference she was a local Mudgee girl. Tonia was also a stage actress and would later achieve a serious radio career. She has long disappeared from my life.

2MG had an amazing 400 watts of power and that made selling harder as its area coverage was not huge. Today the average home has more light bulb power, just kidding.

But it also meant we tried harder led from the front by Ron Camplin who had also been an announcer on 2XL Cooma NSW and also had to work his way through the ranks. Each announcer was also a copy writer, salesman/women and all round “dog’s body.” During my time with the station I painted the interior, re-decorated, dug a latrine pit and climbed the masts to help install a directional array signal. I also rolled and wiped out the stations Volkswagen on my way back to Mudgee on an out of town sales trip. Ron Camplin’s reaction still echoes in my ears today when I told him it was a right off, “Good now we can get a station wagon.”

We are still friends to this day and I admire how he gave so many future radio stars a break. Ron is now the owner/operator of the highly successful 2BS Bathurst and BROCK FM. The 2MG wages were never fantastic but the experience helped me in future positions right up to KGBS Los Angeles and the Strorer Broadcasting Network.

The other part of my early radio and life education came through one of nature’s gentlemen, technician Jack Sullivan. Jack taught me the technical side of the business and even loaned me his Morris Minor to get my driver’s licence. Many moons later we worked together at 2UW Sydney when I was the stations Programme Director. Jack Sullivan was a very special person.

Success is never a one man band, you need people to help you climb the rungs and I was blessed with many who helped me every step of the way.

My introduction to 2MG came via Reg Fergurson from 2DU Dubbo NSW whom I’d met in Hospital. I sent my early audition disc to Reg, whose then chief announcer heard it and said, “As long as his backside points to the ground he’ll never make it!” Reg passed the disc (notice I say disc not tape) onto Ron Camplin and within four years my career had totally eclipsed the chief announcer. From this I learnt another valuable lesson, be ready to take the knocks and believe in yourself, also be careful to make rash decisions when judging others.

There are so many Mudgee radio days stories that I hope to share in the future all part of the building blocks to my career and how you can have fun on a few pounds, oops sorry, dollars.

Be inspired and always reach for the stars.