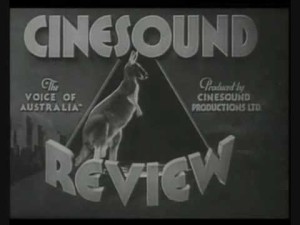 The arrival of the Beatles in Australia in 1964 was one of the main Newsreel features of the era.

Cinesound News Reels produced a 6min 40 second feature entitled “The Mersey Sound at the Stadium” and I was the Commentator. Today it is probably the best known historical Beatles vision filmed in Australia and New Zealand of the “Fab Four.” Especially as the world celebrates the Beatles Fiftieth Anniversary and this is the band that many so called experts of the day said, “They won’t last.”

I was then Sydney’s youngest disc jockey and also the youngest ever to be a Newsreel commentator, usually reserved for more “mature” voices. 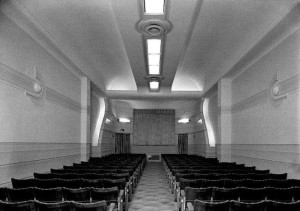 The audio was recorded in a small booth at Cinesound Sound studios in Rozelle Sydney and to me it was exciting to get caught up in what became known as Beatlemania. I feel that the title “The Mersey Sound at the Stadium” is misleading as for those who knew the Rushcutters Boxing Stadium it was one of the worst places to stage any musical event. The acoustics were shocking owing to the tin roof and when the female fans screamed there was absolute tympanic nerve tearing audio that engulfed your body. Your ears were ringing for weeks!

Television officially hit the tubes September 16 1956, featuring the great Bruce Gyngell and the domain of the Newsreel was under a big threat.
Newsreels were the prelude to the main theatre films and there were Newsreel Theatres dotted over the Sydney CBD, each session lasting around 80 minutes. I made them my home when I returned on boarding school holidays, plus they were cheaper than the big Theatres. The smallest was at Wynyard at 283 George Street, complete with lounge chairs and the largest “The Globe” alongside the Plaza Theatre in George Street down from the Sydney Town Hall. Another favourite of mine was the one next to The State Theatre in Market Street.

I spent many hours watching session after session as there was no rule that said you could not stay all day. Newsreel Theatres featured News, Documentaries, short features and cartoons and I would get two Sargents meat pies from a Sargents Café style shop and ever so slowly eat them during my solo sojourns. Sargents was located just down the hill from the Globe and it was also the place that I accidently found out that my mother Stella Marie worked as a dish washer to keep me in College. My emotions still run high to this day. 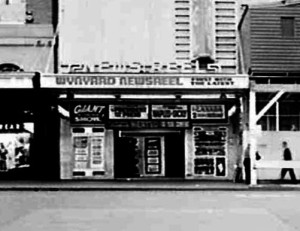 I never realised that I was subconsciously being programmed to become a future voice for News Reels and Documentaries, a path I did not consider, at that time with my mind set on a Military career.

Today the National Film and Archives in Canberra has a treasure trove of 2, 031 Cinesound features from 1931 to 1970 and I wonder how many feature my voice. Cinesound was all Australian proudly boasting it was the “Voice of the Nation” and featuring big red kangaroo (in black and white) as its logo.

I thank my top journalist mate Peter McKay and fellow music hound for bringing to my attention “The Mersey Sound Beatles at the Stadium!”
Son James reaction to my voice on the News Reel feature ,”Nice proper English there old mate” Peter McKays reaction, “You sounded like you were a Beatles believer!”