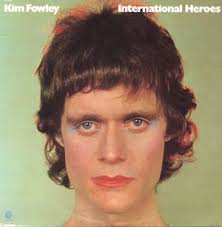 Many of you will say Kim Fowley Who? but for those he touched through life he is not forgotten. There are many artists and producers who slip through the crack yet have made a definite mark on the music Industry. One that I recall is Kim Fowley who sadly passed away January 15 at 75 years of age.

During my time in LA I met Kim several times; yes he was different, weird? Not really all of LA was weird at the time and probably still is.

Some may remember the Hollywood Argyles hit novelty Alley Oop, Kim recorded and produced  in 1960, and it reached #1 on the Billboard Hot 100 and #3 on the US R&B chart. It also went to #24 on the UK chart, plus a super instrumental Nut cracker by B Bumble and the stingers a rock version based on the Rimsky-Korsakov’s classic “Flight of the Bumble Bee February 1962, the record went to # 23 in the US and # 1 in the UK and a firm favoutite with Aussie DJ’s at the time, got a programme cooking. Another stand out from that time is Popsicles and Icicles. Popsicles and Icicles was recorded by all gal sub-teen LA trio The Murmaids in 1964 written by David Gates, the future founder and front man of the band Bread. Plus another novelty song that was a favorite of Johnny O’Keefe’s “Papa-Oom-Mow-Mow” is a 1962 novelty nonsensical doo-wop song by  Americans The Rivingtons

JOK had all the cast including Georgie “ Crash” Karen and myself perform the song and to this day George and I still annoy people with it at family BBQ’s.

My first meeting was in a garage studio in North Hollywood I got there and who introduced me I cannot recall. Kim introduced me to his all girl band The Runaways.

Now I remember it was 1971 when Daddy Cool came to the USA to perform at the Whiskey Au Go Go.

Here is a story that John McDonald (the Mac in Sparmac records now Image and Fable Music) related that I had almost forgotten. When Daddy Cool arrived in LA. Kim Fowley was asked to help with the groups launch. He turned up at the airport in a wheel chair and when the boys disembarked off the aircraft to the waiting press. Kim wheeled to the front of the throng and as he approached Ross Wilson he touched him and then lept out of the wheelchair and screamed, “I’ve touched Ross Wilson..I can walk again” Naturally the cameras all focused on this routine, yes if you wanted crazy just invite Kim Fowley. Kim also helped to make LA press, radio and TV more aware of Daddy Cool and the venues were full. No one can find photos or footage, a real pity.

Kim reminded me of a left over from the Hippie era and you could see by his engaging presence and control over the rehearsal that he knew his business.

Joan Lett was fifteen at the time and part of The Runaways Joan said this week, “Kim was a friend, who taught me so much, my first manager, got me my start in the music industry and thanked him for starting her career in the industry.” He worked with Paul Revere and the Raiders, Gene Vincent,

KISS, Alice Cooper and as the 1960’s drew to a close he was the MC at John Lennon’s Toronto Canada Rock and Roll revival, where he asked the audience to ignite their cigarette lighters and yes..Started a fad.

Kim Fowley was a very engaging character and highly respected by the giants of the music world, everyone knew or knew of him.

E Street guitarist Steven van Zandt said after his passing, “One of the great characters of all time and Irreplaceable.

What amazed me this week was the close industry friends ( thank you Peter McKay, Don Grierson John McDonald Brian “frog” Harris)) who reminded me of his passing and actually got my mind buzzing to write this tribute.