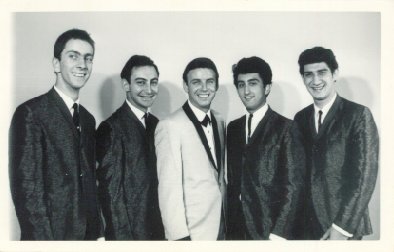 Donald James Delbridge was born at Crown Streets Womens Hospital Surry Hills Sydney in 1939. Several publications have his birth year as 1939 but according to family sources I contacted it is 1935.

Donalds family was at that time living in the southern suburb of Miranda. He became known as Donny however like many performers at that time decided on a name change when he went into show business. The reason has also been attributed to being influenced after he saw the 1955 movie Blackboard Jungle that featured what many call the song that launched Rock and Roll, Bill Hayleys “Rock around the Clock.” Having seen the film many times I can find no reference to a Johnny Rebb however the students in the film were of a rebellious nature, until tamed by a new teacher. For reasons only known to himself Donny like many changed his name and became famous using Johnny Rebb, the title given to Southern Troops in the American Civil war. The name Johnny Rebb would be on the front line of the Australian Rock Revolution and became a household name.

Johnny was always well mannered, well dressed and in comparison to fellow performers a quite achiever. DJ and broadcasting legend John Laws gave him the title “The Gentleman of Rock”

1958 musician John Charter was asked by Johnny lifelong friend and manager Sid McDonough to form a band and the Rebels were born.

Alan Ramsey ( AKA Rock singer Alan Dale) recalls that Johns first recording effort was a Bobby Helms song “My Special Angel “and recorded at his own expense on an acetate vinyl record. It became his entrée card to EMI chief Ron Willis, Ken Taylor at Festival Records and Alan Heffernan who headed up the Lee Gordon Leedon Label. The investment was worth the time, effort and money.

The first record under the name Johnny Rebb and the Rebels was recorded in the EMI Studios 301 Castlereagh Street Sydney in 1958.

It was the Chuck Berry classic “Johnny B Good” with the flip side interesting called “Rebel Rock.” (Columbia Record label)”

This was followed up by the teen bop themed, “Think me a Kiss” it was only a short track ran for 1. 48 seconds, but at that time many hits were of a short duration. “Think me a Kiss” was released on the Australian label Coronet Records that shared the same building as Columbia Records (USA) in Hargrave Street East Sydney. The building is still there and now home to Sony Music Australia.

John performed the song on Australian Bandstand in 1961 and we featured it on Jukebox Saturday Night. Unfortunately it only one of the very few early clips of his early work available and part of the Best of Bandstand Umbrella Entertainment DVD series.

Then came the real changing point in the careers of Johnny Rebb and the Rebels, the Leedon Label release of the song written by American song writing team Felice and Boudleaux Bryant, “Hey Sherriff” the flip side “Noleen” was co-written by Johnny and supposedly dedicated to one of the darlings of the OZ music scene Noeleen Batley (major hit Barefoot Boy)

The John Charter (Rebels keyboard player) told me, “It was a great thrill and privilege to have founded the Rebels with Johnny, we got off to a shaky start and by the time the record “Hey Sherriff” came around we’d nailed it. The unbelievable euphoria, the exhilaration and screaming girls at the Sydney Stadium (The Old Tin Shed) on out first big Lee Gordon Show was mind blowing. What a complete buzz to be on the same stage as Johnny O’Keefe and the Dee Jays, Tommy Sands, The Platters and Frankie Avalon. This show was the start of our short but phenomenal two year career as Johnny Rebb and the Rebels.” Today John Charter heads up Charter Music and keeps the music industry aware of what is happening in the rock/pop music world, keeping those who were there at the birth up to date with special social gatherings.

Was there a difference with Johnny? Yes. He was never a backstage nervous type he stood back and waited patiently for his cue to perform. I never saw him in wheel spin.

Johnny was the first act I ever saw at that time with his manager Sid McDonagh back stage. Yes I’d met with John Collins (one of the best) who managed Johnny Devlin at that time, but never saw him back stage.

I recall a “hair” tip to this day that Sid McDonagh passedon to me one night during a concert, at a venue in Bankstown NSW. We were discussing performers hair and how important it was at the time to look as though you had a full head of hair. Sid told me to put Johnsons baby powder through your hair and it would add more body to the hair by drying out the oiliness.

Yes it did work.

One of the standout early hits was “Halfway to Paradise” written by John and Sid McDonagh and published by Leeds Music then headed up by Jack Argent. Later Leeds Music was the Australian representative for the origional Beatles music catalogue. Jack was also one of the main promoters of Australian music.

Sydney DJ’s Bob Rogers and John Laws were the main radio supporters of Johnny and on TV he became a regular on The Nine Networks Bandstand.

Over on the Seven Network John also enjoyed success hosting “6 O’clock Rock” when Johnny O’Keefe was not available. One of the big live venues was The Trocadero in George Street Sydney and Johnny hosted the then biggest dance scene “Rock at The Troc.”

For all his mild mannered off stage approach he showed he could really as professionals say, “belt out a number.” Following the breakup of Johnny Rebb and the Rebels he became lead singer for The Atlantics. The Atlantics were one of Australia’s foremost surfin bands who’d scored with the sufin’ instrumental “Bombora” and with the addition of Johnny Rebb as lead singer they opened up more doors to future success. Check out You Tube and you will finds clips of their work including the ABC TV clip of “Tell me Why.” The Atlantics origional bass player Bosco Bosanac still tours to this day with his Johnny Cash tribute show.

Despite John coming from Sydney his passing did not get the same stand out press he received in Melbourne. The Herald Sun Melbourne printed a prominent article August 4 2014 entitled “Just rock on Johnny, you’re on the Pathway to paradise.”

Many of us did not see any such a fitting tribute in Sydney papers or TV, maybe you did. I know that Pete Graham “Saturday Night Live” on 2UE did pay homage to his memory.

In his later years John battled emphysema and former Rebel keyboardist John Charter told me, “On the Saturday just before he was rushed to Hospital he called me to tell me he was having trouble breathing and would not be at the Central Coast Arrows lunch on Monday.” He was a true gentleman to the end.

There is a very touching story that I must relate.

Following a heart attack in Hospital John was in an induced coma  and after receiving the news he was about to pass away, his wife Elizabeth pleaded with the John Hunter Hospital in Newcastle NSW to keep Johnny alive until she got there and Elizabeth was at his side when he drew his last breath 9am Saturday 26th July 2014.

Johnny Rebb “The Gentleman” of Australias Rock and Roll Revolution. 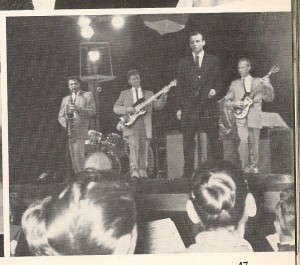