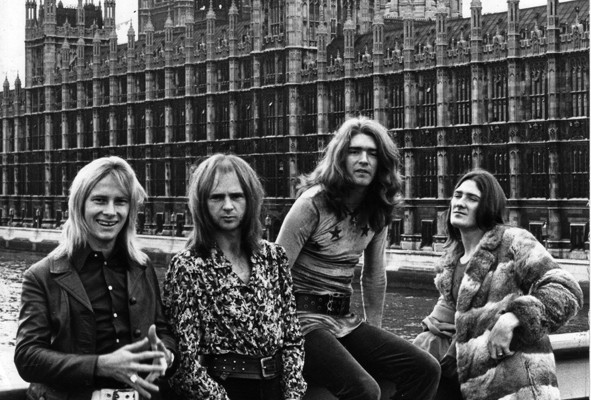 James Jim Keays was born in Glasgow Scotland September 9 1946, owing to personal circumstances his Mother had him adopted at six months. His new adoptive parents James Senior and Jesse Keays migrated to Australia September 5 1951 and he celebrated his fifth birthday on board the ship RMS Asturias. Upon arrival like many from the UK  and set up house in Beaumont Adelaide South Australia.

His early rock music interest was fired up by two of the fifties US rockers Jerry Lee Lewis and Little Richards, especially the songs Rip it up and Great Balls of Fire.

1964 Jim joined The Mustangs Surfin Band and the following year rhythm guitarist Mick Bower changed the name to The Masters Apprentices stating, “We are apprentices to the masters of the blues” Decades later the blues element would return and Jim would write with another Oz music legend Russell Morris.

The first hits came with “Undecided” “Living in a Childs Dream” “5.10 Man” “Think about Tomorrow Today” and the often featured on Classic Hits radio in the 21 century, “Turn up your radio.” Unfortunately when we did the Jim Keays Rock and Roll Heaven tribute time did not permit for us to clear the copyright to use these clips on Jukebox Saturday Night. Jim also admitted that when he was recording his vocals for the group’s biggest hit, it was late night and he was so intoxicated he had to be held up to the microphone.

Jim Keays and fellow Apprentices became known as the bad boys of rock and the reputation with female fans became legendary. 1968 in an interview with the lovely Lily Brett Jim gave her a top headline story for the Go Set magazine. “Sex was thrust upon us” then the next article “Whose Breasts are Best” helped to sell numerous copies of the magazine. In Jims 1999 memoirs Jim reflected on these days in the book ,“His Masters Voice: The bad boys of Sixties Rock and Roll.”

On the show we play a short excerpt of a rare clip “Easy to Lie” it was never a hit single and only features Jim bare chested from the waist up. The story told to me by a cameraman is extremely interesting as to how the clip came about. The Masters were appearing on the ABC TV GTK however this clip never went to air on the show. One of the nameless camera blokes thought it would be an interesting and offbeat angle  to get Jim to stand up in front of a set piece, take his shirt off and film him miming “Easy to lie” if the story is true and not a pipe dream it goes to show how entrepreneurial some of the camera crew were.

Here is one Jim Keays story you may not have heard and to my knowledge it has never been reported. The scene was Armstrongs Recording Studios in Bank Street South Melbourne, the studio was packed with musicians and the recording booth filled with sound guys and record label executives. We had all come to see American singer, songwriter, musician and producer Leon Russell weave his magic.

I had met Leon in Los Angeles when he recorded and wrote Joe Cockers 1969 hit “Delta Lady” and also followed the 1970 “Mad Dogs and Englishmen Tour.” Somehow in talking to my business partner John McDonald in Sparmac records Leon ended up in Australia.

During one of the breaks Leon spotted a person sitting under the piano and naturally we all looked to see who it was. Yes it was Jim Keays, Jim was not involved with the session but somehow decided to go into the studio and get under the piano. Through the talk back system Leon bellowed,
“Hey man, yes you under the piano, if you have nothing to say and nothing to play, get out of the studio.” A slightly embarrassed Jim Keays obeyed and I remember the super talented sound engineer Roger Savage, who is one of the gentlest people I know on this planet, went out and spoke with Jim so he could, as the Chinese say, “Not lose face.” Still to this day I’ve never found out how he got under that piano and why. Not sure if Jim just really wanted to be present at Leon Russells’ studio session, if he had had a big night out and under the piano was where he decided to recover or maybe a bit of both!

Jim Keays was a singer, songwriter, harmonica player, writer and super talent. Thankfully he reunited with his birth Mother in 1984. In his latter life, Jim from 2000 toured successfully with fellow OZROCK legends Daryl Cotton and Russell Morris under the banner “Cotton Keays and Morris.” His blues writing expertise shone through on the opening track “Black Dog Blues” featured on the highly successful Aria chart topping album Sharkmouth, that has eclipsed all previous Russell Morris hits.

What had happened goes full circle to when Mike Bower started the name The Masters Apprentices” saying, “We are apprentices to the masters of the blues.”

Jim proved five decades later that he had served his apprenticeship and was now a “Master!”

“Jim was the funniest, most intelligent and most talented friend I have ever known. His musical legacy will grow greater and greater as the years go by.”

Jim Keays gone but defiantly not forgotten and on Jukebox Saturday Night we  feature the two original Rock and Roll acts who inspired him; Little Richard and Jerry Lee Lewis.

We have also found one of the few surviving original clips and featured it on the show. The 1971 Masters Apprentices “Its because I love you”. 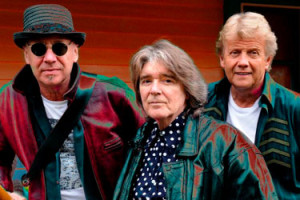