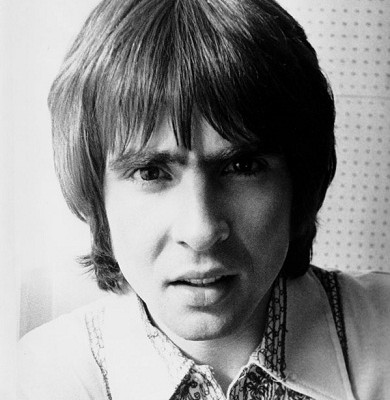 David Thomas Jones was born 30th December 1945 in Manchester England. During his formative years in 1961 he appeared in Coronation St. and another top 1962 UK series Z Cars. It was the death of his Mother he dropped acting. Then jumped on a racehorse as an apprentice jockey to Basil Foster. Davy was 5’4” (162.56 centimetres) so his future on the racetrack along with his riding ability looked promising. However his trainer Basil Foster talked him into playing the Artful Dodger in London’s West End production of Oliver and his career burst wide open ending upon Broadway New York.

Later in life Davy would thank Basil for his friendship by bringing him to the USA and caring for him in his senior years.

In real terms it was Basil Foster who financed the young man the world grew to love and the girls scream for, Davy Jones. In 1964 he appeared on the same talent list as the Beatles for the then huge Ed Sullivan TV Show. It was during the show Davy said later,” I watched the Beatles from the side of the stage, I saw the girls going crazy and I said to myself I want a piece of that!”

After many appearances on US TV,Film and Stage as a singer and actor, in 1966 Davy became part of The Monkees the American equivalent to the Beatles relying more on the syndicated NBC TV Show “The Monkees” to create Monkeemania and on screen mayhem.

The first Monkees hit “Last Train to Clarksville” written by two of the best blokes I met in Hollywood Tommy Boyce and Bobby Hart, came in 1966 and featured on the Columbia Screen Gems TV show The Monkees. The guys played around in a scene based on villains of the past roping some of the lads, including Davy to a railway track in front of an oncoming steam locomotive. Yes it was old style slapstick comedy and loved by fans who built up the shows ratings.

In 2003 Rhino Home Video released both series of the Monkees TV show available at the time and fans found it listed on Amazon for $398. That price is a lot lower in 2014 and still available. Check around and you’ll find Monkees TV Show compilations in various forms and prices.

During The Monkees 1968 tour of Australia Marcie and The Cookies and The Cherokees were support acts and such a pity we cannot find any footage to feature on Jukebox Saturday Night. There is also another Aussie connection when in 1987 his single “After your Heart” backed by “Hippy Hippy Shake” was released only on Australia

The Monkees TV Show would survive until 1971 and Davy Jones association would become an on again off again association with fellow Monkees for many years, one time being part of Dolenz (Mickey) Jones ,Boyce and Hart it never really went to plan and faded to black. He continued with tours and TV shows but never quite made it as a solo star. Glenn A Baker in his book “Monkeemania The True story of the Monkees” covers why Davy could never reach the same heights he’d achieved as part of the Monkees. He recorded some 24 non Monkees singles from 1965 to 1981 the first one called “Dream Girl” and Davy being listed as David Jones.

Davy reflected many years later that when the Monkees popularity balloon burst in ‘71 he should have gone back to horse racing.

Eventually Davy got back in the saddle and in 1996 and won his first race on a horse named “Digpast.” In 2012 the Lingfield Racecourse in Surrey UK, paid tribute to Davy naming two of the races on the card, “In memory of Davy Jones Selling Stakes” and “Hey Hey We’re the Monkees Handicap. ”

February 29 2012 after a morning horse riding one of his favourite fourteen horses at his property in Florida USA, he complained of chest pains, Davy was rushed to hospital and did not recover, going to Rock and Roll Heaven. David Thomas “Davy” Jones was 66.

Davy Jones will always be remembered as the lead singer on many Monkees hits especially their biggest International hit “Daydream Believer”  The not so tall Manchester lad grew into on of the world biggest teen idols bringing his unmistakable elf like beaming face, his acting and singing talent to so many adoring music fans.

“His talent will be much missed, his gifts will be with us always. Adios, to the Manchester Cowboy.” 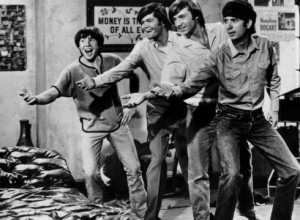