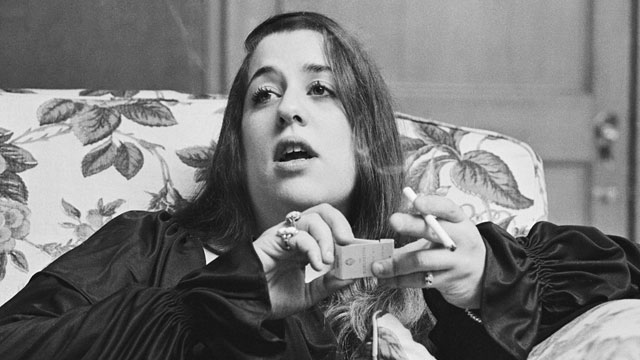 Cass selected the name during her high school years, the name Elliot was motivated by the death of a friend. Her early college life was punctuated with plays and theatre and Cass took off to New York with the desire to be an actress.

Eventually she turned to singing and was part of the trio “The Big 3” with Tim Rose and Jim Hendricks. The poster for the Trio read, “The Big Three featuring Mama Cass”.

Mama Cass did become a mother when her daughter Owen Vanessa Elliot was born April 26, 1967. Cass never revealed the Father, however, years later Michelle Phillips (Mamas and Papas) helped Owen Vanessa find him. When Cass died her daughter was seven and her sister Leah took over the raising of the child. Owen Vanessa would later follow in her mothers footsteps and become a singer.

In many ways Cass was the least likely to reach the heights of stardom she would attain. Not because of her physical size (at one time she weighed 300 pounds) but because she had a limited vocal range.

When she auditioned for the Mamas and Papas, John Phillips ( I made a slip on JBSNight (show) when I called him John Elliot,  in no way did I want to give an indication that they were at one time an “item” John married Michelle from the group) back to the story. John Phillips thought she could not hit the ‘high’ notes and she was passed over.

Then the flying fickle finger of fate stepped in. Cass got hit by a lead pipe from a construction site, spent days in hospital and then weeks later found she could hit the high notes! Some folks would say it was a miracle and Cass confirmed the story in 1968 during an interview with Rolling Stone Magazine.

Cass did get the job and went on to become the dominate force in the Mamas and Papas helping them sell millions of records 1965 to 1972 and establish them as an International institution. There is a film clip of the group pulling up on Sunset Blvd, L.A to visit a then trendy hat shop. Its set to the music of their 1966 hit “I saw her again” and I love when Cass pulls up in a Porsche sports car.

Mama Cass went to Rock and Roll Heaven July 29, 1974, she was only 32 years of age. For the record she did not die from chocking on a chicken sandwich as reported in the London Times, she passed away from natural causes associated with her weight. Cass did lose some 100 pounds when she went on an amazing diet and although close friends admired her dedication to the weight loss they were concerned it would have an adverse effect on her body.

To me, she was a special person who visited the house of Don Grierson (Capitol Records) in the Hollywood Hills many times where I was the “full time chef.” I nearly got the sack when I allowed a can of bake beans explode and fill the kitchen with beans from floor to the high ceiling. I was preparing some Mexican style dish for one of the BBQ’s that Cass enjoyed. She certainly loved getting away from the limelight and join Don and myself, plus other Aussies, in what was a typical Aussie BBQ. I was privileged to spend many hours talking about the music industry, world affairs and one of her pet subjects; politics. The folks who met her loved her and she was an amazing singer, her voice flowed like liquid gold! That bump on her head with a lead pipe was painful but a blessing.

Did I fall in love with her? In a word, YES! Mama Cass Elliot was a very, very special lady…

Check out one of her favourites “New World Coming”, never a major hit but if you listen to the lyrics you will hear some of her personal thoughts. 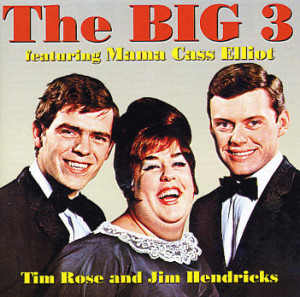