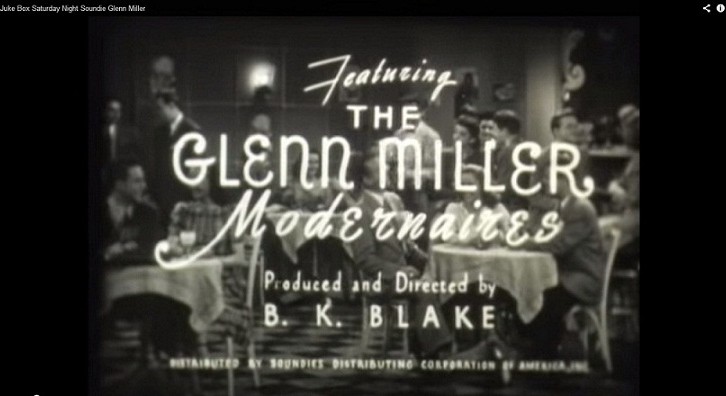 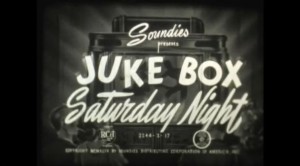 Jukebox Saturday Night where did it all start?

The first reference got its airing way back in the 1940’s when Glenn “In the Mood” Miller recorded the Al Stillman and Paul McGrane song with Nino and the Ebb Tides.

However the cinama graphic memory belongs to a 1944 clip, then known as “Soundies” featuring the Glenn Miller Orchestra with the Modernaires. There is a great stand out lyric line, “Makin’ one Coke last us ’til it’s time to scram” interesting piece of subtle product placement. Plus seeing the US serviceman in the background beating out of time adds that extra zing.

Glenn Miller at that time was serving in the US military Forces during World War 2 and December 15 1944 went missing in action over the English Channel in a single engine USAF UC-64 aircraft. That in itself is an extremely interesting story.

Mike Carro is responsible for saving the vision with even an HD version on YouTube.

Diana became an International super star working with Frank Sinatra, Sammy Davis Jnr and the orchestra leader, with the famous go tee beard, Mitch Miller. Diana’s great voice and good looks had her winning fans for decades from pop to country music. Still to this day one of my favourite Australian artists.

Today in the 21st Century “Jukebox Saturday Night” lives on Aurora Foxtel Channel 183 and now going into its fifth series and we thank the team from the 1940’s for inspiring the title of the show.