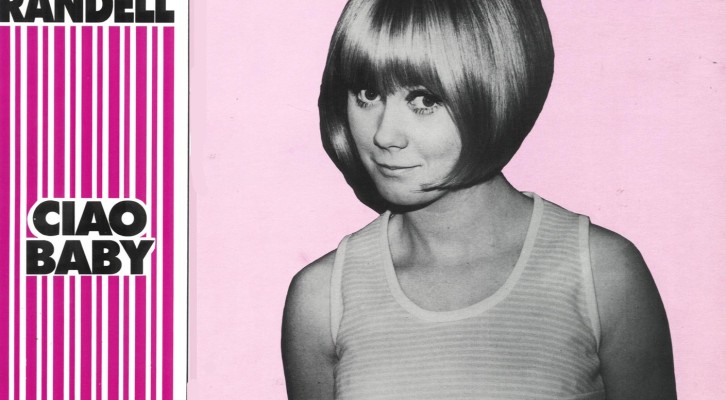 Lynne Randell was a lass originally from Liverpool in the UK, she came to Australian with her family at the age of five and the family selected the Melbourne suburb of Murrumbeena and staying with the “M’s” went to Mordialloc High School.

Lynne had dreams of becoming a famous hairdresser and designed her own mod hair style. Early in her life she never mentioned singing it was always hairdressing, however by fourteen Lynne was starting to get singing jobs during here school holidays.

During this time she approached Lillian Frank a famous celebrity hair dresser who was located right in the middle of the well to do and famous folk of Toorak. For Sydney folk, at that time Toorak was the Double Bay of Melbourne.

Lillian was impressed with the young enthusiastic youngster and when she discovered Lynne was also a singer that completed the package and a great addition to her Salon.

Yes I knew Lillian Frank; she was a larger than life personality and also a great judge of talent and willing to give young people a chance to live their dream.

I was also a client at Lillian’s Salon saw Lynne but never really engaged on conversation, later she appeared on 3UZ when her release “Ciao Baby” became the VIP Hit Record of the Week and from memory she either appeared live or on a 16mm film clip Kommotion.

I moved the Kommotion hair dressing to Edward Beale whom I named Mr. Beale and he eventually became one of Australia’s most successful hair dressers and promoters.

Through her work at Lillian’s Lynne met Carol West, one of Lillian’s customers, who also had a keen eye for talent and part of the Melbourne band scene. Carol became her manager and life would change dramatically for the lass from Liverpool.

During this time zone Lynne had a chance meeting at a beach with Ian Meldrum, it was only brief and no one realised how their friendship and professional association would develop later in life.

Other personalities who helped her career were the late DJ Stan Rolf (great ear for talent) Gary Spry (Flies and Ronnie Burns Manager) and Normie Rowe. It was Normie who helped her get her EMI record contract which led to the release of her first 1965 single “I’ll come Running Over.”

Then came “A Love like You” “Forever” both hit the 3UZ Top 40 ( Melbourne most (powerful chart) On TV she joined Normie Rowe and Olivia Newton-John as a regular on the 0-10 Networks “GO Show” and won the 3UZ Sound Award and GO Show TV Award for most Popular vocalist of the Year.

From that same year, at the age of 15, Lynne became one of the darlings of the Australian pop industry. Lynne broke into the then very tight Sydney market appearing on the Sydney produced TV shows, Bandstand, Saturday Date and Sing Sing Sing, remember she was branded as a “Melbourne” talent and the City rivalry was pretty fierce.

Note 2014 nothing has changed.

Following winning Go Set Magazines first GO Set Magazines award “Top Pop Girl Singer” Lynne and Carol headed for the UK and the USA with Lynne fulfilling a dream to perform at the Cavern Club (Beatles) Liverpool. Then across the Atlantic pond to the USA settling in Los Angeles. This was a very brave move and fate was in her favour when she came up trumps making friends with the then hot new teen act The Monkees. Lynne was to tour on The Monkees first National USA tour not only as a performer but romantically linked with Davy Jones. Later British press also had Lynne romantically linked with Maurice of the Bee Gees.

I never really heard any confirmation of this from Lynne or Maurice. Her star was on the rise and Lynne also appeared with legends Tina Turner and Jimi Hendrix. You would have had to have been in the USA at that time, this was big news.

Being around The Monkees paid off and Lynne signed with Epic Records releasing her biggest hit “Ciao Baby” written by Larry Weiss and Scott English Larry also wrote the Glen Campbell hit “Rhinestone Cowboy and Scott English was also a hit writer (Brandy/ Mandy) and producer. Scott was the likely person to produce the record and Lynne surprised all in the session with her singing ability. One person posted on Youtube that “Ciao Baby” was written and produced by Ian Meldrum but that is unlikely. Must ask Ian about this next time we bump into each other at The Logies.

With solid management and foresight Lynne was the first Aussie female act to release a colour promo 16mm film clip. It was shot in NYC and shows her incredible energy. New Yorkers took it in their stride as she ran around the City and into Central Park in a red jump suit with flares, filming the promo clip. Unfortunately a quality copy is yet to surface.

I met up with Lynne and Carol West when I arrived in California and will always remember the warm welcome and friendship I received. Despite having great US media contacts I knew that I was amongst Aussie friends and we spent many sessions talking about the OZ music scene, mutual friends and how hard it was for many Aussie acts at that time to break into the market.

Lynne Randells success was marred when in her efforts to stay slim she became addicted to so called “diet pills” and I will not go into the rest of that episode in her life and the terrible results, as it saddens this writer.

In 2004 she went public in Melbourne’s AGE Newspaper about her addiction.

She became a writer/reporter for GO Set posting articles on TV and Music celebrities including, The Carpenters, David Cassidy, Dr. Hook, Michael Jackson and James Morrison to name but a few.

Lynne eventually returned to Australia and began to work for the boy she met on a beach when she was 14, Ian “Molly” Meldrum as his personal assistant.

Health and her personal life grew tougher and she never fully regained her successful solo career however appearing on “Sixties Revival Concerts” there she was amongst friends.

Lynne Randell went to Rock and Roll Heaven June 8 2007 with her final request that there would be no funeral but a big party and from all reports it was.

I will always remember Lynne as a beautiful young teenage hit maker, gifted with a natural singing voice and a delightful young women who without fully realising the fact, broke many barriers especially in the USA for future Australian performers to follow.