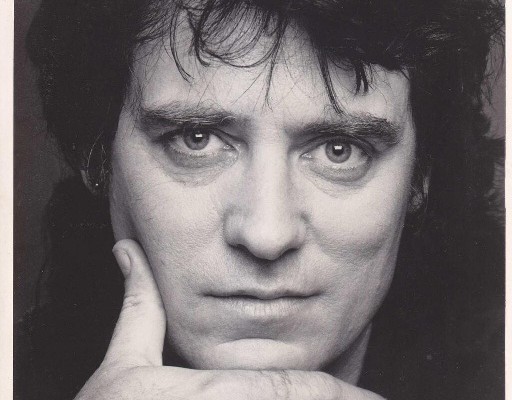 Bernard Patrick Neeson OAM was born in Belfast Northern Ireland January 4 1947, later to become known as “DOC.
April 1960 the family immigrated to Australia and settled in Elisabeth Adelaide. This township became the starting point for many bands that would eventually become part of the Australian rock music scene. Music was in Bernard’s blood and in his teenage years promoted local dances. However it was not an instantaneous rise to stardom, he went to teachers college and was conscripted into the Australian Army, nothing unusual for Bernard as his father had been a British Officer. Eventually he studied drama and music at Flinders University more building blocks that would emerge when he finally burst out into the music world.

During that time he became involved with bands and eventually the “Key Stone Angels” were   born and at the last Sunbury Music Festival in 1975 they came of age. The exposure and audience response launched the band onto the National stage.

Moving to Sydney former Easybeats Harry Vanda and George Young were firmly entrenched at Alberts Music writing and recording bands and advised the lads to shorten their name to “The Angels.” The debut hit “Am I ever gonna See your face again” was written by Doc Neeson, John and Rick Brewster (brothers) and initially started out as a ballad but released as a rocker March 1 1976. For The Angels the EMI/Alberts single became a smash and there are ballad (3.12 sec.) and rock (4.03 sec.) versions available.

Doc and fellow Angels first experienced the audience’s “expletive” response to the question, “Am I ever gonna see your face again” in Mt. Isa and to this day the response lives on. Doc thought the audience were having a go at the band however after talking to fans found it was their reaction. Doc is quoted as having said, “It’s become the audiences song, it doesn’t belong to the band anymore.” For those who have witnessed Angels concerts you will know exactly what I’m writing about. Later it would cause some uncomfortable moments for General Peter Cosgrove at an INTERFET concert, but for those who know him he would have taken it in his stride. If I ever get the chance I will ask him how he explained away the audiences reaction to dignitaries who were in the audience. General Peter Cosgrove is now Sir Peter Cosgrove and the new Governor General of Australia (28th March 2014)

December 1999 Doc suffered whip lash and spinal injuries after being rear ended by a truck; it had a distinct effect on his health and well being. It would also lead to Doc leaving the Angels.

Doc Neeson kicked off “The Tour of Duty Concerts to the Troops” travelling to Timor, Kuwait, Iraq and Afghanistan that would eventually lead to him being decorated with two medals by the our Military  in Bagdad for his work in boosting troop morale. What a concert to be at in Timor; Doc Neesons Angels (not origional line up) John Farnham, Johns band (they are hot) and Kylie Minogue plus all the troops and locals.

Doc Neeson as a man and performer was highly respected and loved;

Ian Grace ex 2SM and Triple M and now CEO of Virgin radio said, “An incredible body of work over nearly twenty years that demonstrates Doc Neeson and the Angels tower head and shoulders over every other band in Australia’s recording history. Despite management changes, numerous record company up heavals and touring problems in the US, the quality of the music from the mid-seventies into the ‘90’s remains undiminished”

During Ian’s time at Triple M he told me how station staff was impressed with his quiet persona and intellegence in comparison to other rock performers.

Son Kieran Neeson paid a fitting tribute to his father and his career in a full page Daily Telegraph article written by Lisa Mayoh headed, A Father and a Legacy “To us he was an Icon, but to his sons Doc Neeson was just Dad.”

“I would like Australians to remember Dad as a good man, loving Father and benchmark entertainer who gave everything to music.” Kieran Neeson

I respect Peter McKay not only as a major motoring journalist but one who has a vast experience with Australian music and asked him what he thought of Doc Neeson.

“Doc and The Angels were part of the soundtrack of our lives, with great songs to listen to and sing along with on long road trips. Doc cleverly drew on his drama background to create an intriguing in-yer-face and totally maniacal stage persona which contrasted vividly with his quiet, thoughtful, private self. Peter McKay Sen. Journalist.

The UK Guardian described The Angels as, “One of the most famous in Australian rock history.” Its combined print and online media reaches some 9 million people worldwide.

A fitting tribute to Doc Neeson and his mates.

January 2013 Doc was diagnosed with a brain tumour. Doc Neeson went to RNRoll Heaven passing away in his sleep June 4 2014 aged 67.

“Will I ever see your face again?” Yes… when we all join you Doc. 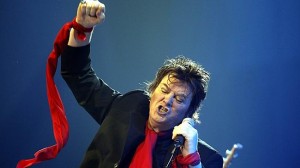 Lost in the Fabulous 50's