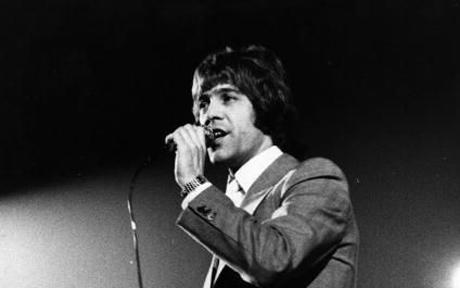 David John Harman was born 17 December 1943 in Salisbury England. He eventually became vocalist for the sixties hit sensations Dave Dee Dozy Beaky Mitch and Tich. The entire band took on their nicknames as a title and then it was shortened by DJ’s to DDDBM &T.

The name was different in order to stand out and record buyers loved it, to the eventual tune of millions of discs.

After leaving school Dave joined the Police force putting on the uniform of the Wiltshire Constabulary. Fate entered his world as a Policeman when he attended the tragic April 1960 car accident that killed US rock legend Eddie Cochran ( Summertime Blues) and injured another legend Gene Vincent. Dave later admitted that he played Eddies impounded guitar at the Police station practising for his future show biz career. There are however several other stories but to the best of my knowledge this is the most accepted one and has a good twist.

1966 was a very promising year when the band released the hit “Bend it” a song that incorporated a Greek Zorbas style theme played on an electrified mandolin. This proved very popular on the European front.

The following year came “Zabadak” with some crazy lyrics and Afro beat. Again the adventurous Dave Dee and the Boys produced a winner.

In 1968 Dave Dee Dozy Beaky Mitch and Tich released their #1 million seller “The Legend of Xanadu” it was a whip cracking and finger snapping success. Today Xanadu is the bands most requested hit, as we have found out in our Australia wide JBSNight email survey.

Then despite the International stardom, in 1969 DDDBM &T went through the usual routine of most successful bands and broke up with Dave Dee flying solo.

Behind the scenes one of most unreported stories was Dave’s 30 years of dedicated charity work for disadvantaged children and he was also a very respected Justice of the Peace.

In the new series 5 we saluted the memory of Dave “Dee” Harman on our regular segment “Rock and Roll Heaven” inspired by the Righteous brothers hit of the same name and a feature kicked off on 3UZ Melbourne many moons ago.

If you find time check out the Dave Dee Dozy Beaky Mitch and Tich 1967 release “It’s so hard to love you” features a big driving sound and look out for the paper/comb instrument. An instrument that was many years back the fun instrument of choice for many who could not sing. One time there was even a band that featured the paper/comb, yes nothing else just paper/combs. How to drive the neighbours nuts.

Dave Dee and the boys knew how to have a good time and injected new ideas into their music. 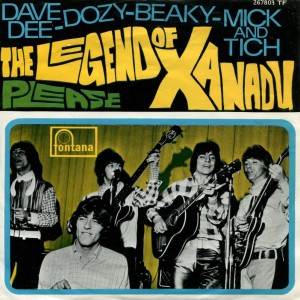