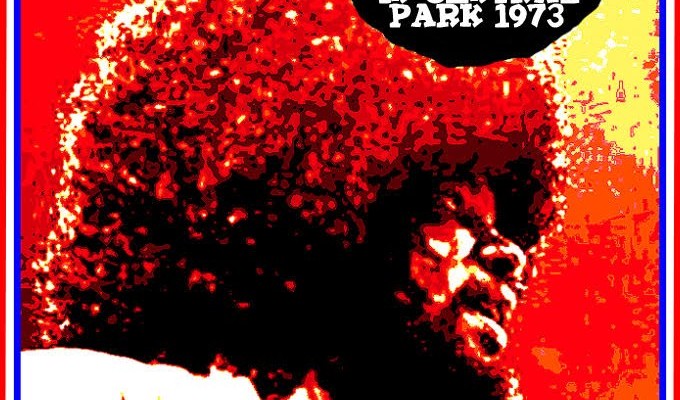 According to those in the know William Everett “Billy Preston” was born September 2, 1946 in Huston Texas USA. He started playing key boards at the tender age of three. By the time he reached ten he was hailed a child prodigy performing with stars like the wonderful Gospel singer Mahalia Jackson and his mentor “The Genius” Ray Charles. What a wonderful grounding in music to perform with these mighty talents.

I featured on our TV RNRoll Heaven Tribute a clip that was recorded for the Nat “King” Cole TV Show where that super talent Nat “King” Cole shared the key boards and vocals with a then eleven year old Billy Preston. The song? The 1950’s Fats Domino classic, “Blueberry Hill.”

Nat was a hit making jazz pianist (Nat Cole Trio) and a big recording and TV star at that time but it was magic to watch how he worked with young Billy and shared the limelight. For a young man at that time he was made to feel extra special.

In 1962 aged 16 (if my calculations are correct) he joined yet another legend but far removed from the gentile Nat Cole, Little Richard. During a tour of Germany with LR he met the then up and coming and struggling Beatles and that was a real turning point in his life. They simply clicked and Billy became a firm and lifelong friend of George Harrison.

There is also this story courtesy of News Journalist Roger Friedman, that when Billy Preston was working with Little Richard during the time The Beatles were playing in Hamburg as the opening act for one of the concerts, it was Billy who made sure the Beatles got fed, yes fed not paid.

That how tough times were in the beginning for the Liverpool lads.

Billy Preston got the tag “The Fifth Beatle” and “The Black Beatle” when he played keyboards on the Beatles classic “Let it be” and if you see the studio clip he appears at around 2 minutes 22 seconds.

What is interesting to note is that Billy Preston fitted in so comfortably with The Beatles; it was as if God planned it.

Billy Prestons was the first act to be signed by The Beatles for the then super hot Apple Label. His first solo Apple LP was, “That’s the way God Planned it” (no pun intended and produced by George Harrison) and recently I found a video clip of his performance plus many of his Shindig TV (USA) shows performances. Shindig was hosted by DJ Jimmy O’Neill (sadly Jimmy passed away January 11 2013 I had spoken with him late in 2012) and featured Wednesday nights on the ABC USA Network. The show also uncovered the Righteous Brothers and Billy backed them on many a Shindig scene

Billy Preston was more than the “Fifth Beatle” his talent launched him to super heights, working with his mentor Ray Charles. The Rolling Stones, Sam Cook, Mahalia Jackson, Aretha Franklin, Eric Clapton, Sly and the family Stone, Neil Diamond, Syretta Wright, Johnny Cash, Ringo Starr and The Red Hot Chilli Peppers. To name but a few, his career reads like a who’s who of the music industry.

1971 Billy performed on the standout International “The Concert for Bangladesh” no doubt organised by George Harrison. He also appeared when the Beatles stopped London with their Roof Top Concert at the Abby Road studios. It was the bands final public performance and what a way to make a real statement.

Eventually “the concert” was broken up by London “Bobbies” who must have been very embarrassed to have to do their duty. But they too became part of history as the cameras captured all the action from the first door knock to the final remark by John Lennon, “I hope we passed the audition” or words to that effect.

I was first attracted to his songs through the single “Nothing but Nothing” written by Billy and friend Bruce Fisher and the standout track on his LP “The Kids and Me.” It was #1 on the prestigious USA Billboard chart October 1974. He had already scored with a previous 1973 single “Will it go round in Circles” but never made any real impact in Australia.

During my time in LA as DJ/Programmer/ Music Director, as a guest at the syndicated “Soul Train” TV show (that ran from 1971 to 2006) organised by my close friend Leroy Robinson (SOUL Magazine) I was privileged to watch Billy perform “Nothing from Nothing” and finally organise an interview.

Billy co wrote with Dennis Wilson and Bruce Fisher the Joe Cocker classic “You are so beautiful” and recorded the first version, that was also on the LP “The Kids and Me.” It’s reported that Dennis and Billy collaborated on the words and music at a party. Dennis sang the song as a closer to many Beach Boys concerts right up to his death in 1983.

I will not elaborate on his chosen lifestyle as I prefer to stay with the memory of his music. To say the least his later years were far from comfortable and his lifestyle caught up with him. It’s interesting to see how his looks and style changed over the years from short back and sides to a huge Afro hairstyle, but that was the man.

The world lost Billy Preston June 6 2006, he was only 59. I will always, like so many who met him remember his smile, it was as wide as the Sydney Harbour Heads. 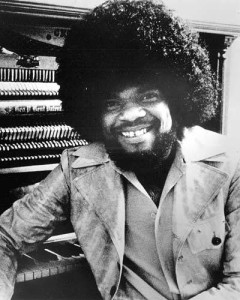