This term is a trap as we found our when in 2012 we put to air a One Hit wonder show.

Stand back and look out for an avalanche of negatives, literally we had emails, Facebook posts and phone calls all hit us within minutes of the show going to air.

Below is some of the playlist that we played that evening: 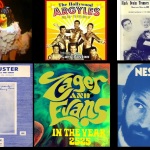 Don’t give up on us Baby David Soul

Seasons in the Sun Terry Jacks

The list was compiled by the researcher using American charts and viewers found in many cases the performers had had other hits in Australia and even Iceland.

In the role of programme manager I have always said to DJ’s remember “there is someone out there who knows more than us who present these shows so be careful it’s a minefield.”

update – got a good email from a viewer on this one that pointed out – Mike Nesmith should come of the one hit wonders list, as he had at least two other solo hits besides Joanne, After Joanne he had a hit with Silver Moon way back in about early 1971, The third hit was Rio in 1977. We’ll keep adding as emails come in 🙂