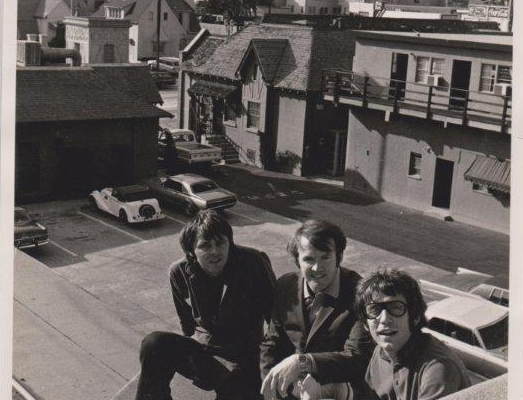 Tommy Boyce and Bobby Hart is a real Hollywood success story. Talents arrived from all over the word drawn to what we knew as Tinsel City, Los Angeles California sometimes called the “City of the Angels” and many talents and agents looked for any opportunity to be noticed, get a record contract, have songs published. Opportunities and a golden apple did exist, it just demanded hard work and perseverance. Many times I sat and dined with talents with the whole conversation covering how the day went going from studio to studio and following their agent’s schedule of auditions. When one in the group got a positive break it was a time of celebration and the hope was that some of their good fortune would rub off on them and they would also have success.

I scored an appearance on the highly rated Dating Game and we had a party stopping to see Kenny on ABC (America) TV. One Australian duo who inspired us all was the Legarde Twins Ted and Tom they even shared with me that they wrote on the bathroom mirror with shaving cream a saying for the day. Thankfully they did make it ending up with a TV show on a local channel KTLA eventually going to Nashville and enjoying the success they deserved. Two wonderful human beings. Like so many over the decades I have lost contact. Tommy Boyce was no different to all of us in LA at that time. He came to LA seeking a music career and did the hard yards eventually linking up with Bobby Hart. Tommy wrote a song that became a million seller for Fat Domino “Be my Guest” and the Boyce and Hart collaboration happened when they wrote “Lazy Elsie Molly” for Chubby Checker. This did not enjoy the same degree of success but once you were a recorded and published act, doors opened for Boyce and Hart writing for Jay and the Americans “Come a little bit closer” and for Paul Revere and the raiders “I’m not your stepping stone”. The boys big break came in 1965 when they wrote the theme for the TV series The Monkees, now they were really were in the big time. During that period we referred to The Monkees as Americas Beatles they were not in the same talent genre, but, America was seeking an answer to the British Invasion and there were some similarities. But it was Boyce and Hart who were the boys in the backroom who helped create plenty of The Monkees music and sound. Then through a stoke of fate they met Jerry Moss of A&M Records and recorded their first hit single “I wonder what she’s doing tonight” (Sold a million and awarded a Gold disc) they would go on to record three LP’s for this highly successful label.

During this period I met Tommy and Bobby through Jerry Moss who for reasons unknown took me under his wing and helped me in my fledging LA Days. One of the industries true gentlemen and you would travel many a mile to find a better person; he opened so many doors for me and helped me gain credibility in LA/Hollywood at one time he even organised a film audition with as major studio. A role I never accepted. Boyce and Hart continued to write for The Monkees with the groups first hit “Last train to Clarksville” from then on it was as if they were joined at the hip with the Monkees later touring with Micky Dolenz and Davy Jones as  Dolenz, Jones, Boyce and Hart  yes “the boys” had made it.

Tommy went to Rock and Roll Heaven November 23 1994 after suffering from depression for many years and only now is society starting to come to grips with the results of depression and realise that no matter how successful or wealthy a person becomes that “The Black Dog” is real killer. His death was a tragic blow to his family, friends and fans. Another recent big name victim of The Black Dog was Robyn Williams and if you met him you would wonder where he found time in his mind to be depressed. During their careers Tommy Boyce and Bobby Hart sold over 40 million records and write some 300 songs. Their royalty cheques alone would be amazing. Based on this history I decided to pay tribute to Tommy Boyce and Bobby Hart by playing many of their hits in Jukebox Saturday Night more as a tribute to their talents and most of all to their success, because, they made it in LA when so many others failed and that is a major achievement as I was there during that period and witnessed firsthand the struggle. 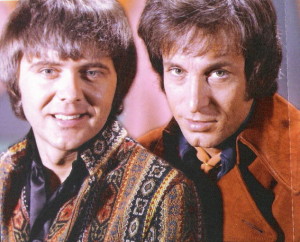