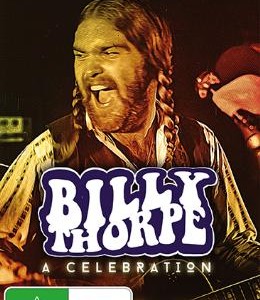 Billy Thorpe remains Australia’s iconic original rocker having hits in every decade from the 60s right up until his death in 2006. This wonderful celebration features performances and interviews from Bandstand right through to Midday, Today in the late 1990s much of it unseen for years.

Legendary Aussie rocker Billy Thorpe reigned supreme in the early 1960s with Sydney surf instrumental group The Aztecs, hitting the top of the charts with popular ‘beat’ tunes such as ‘Poison Ivy’, ‘Mashed Potato’, ‘Somewhere Over The Rainbow’ and the phenomenally successful ‘Most People I Know’. Along with his remarkable solo work from the mid 70s, Thorpe endeared himself to fans around the world and made numerous appearances on Australian national television. This program includes a number of performances and interviews from the GTV9 archives. Featuring excerpts from The Don Lane Show: ‘Just The Way I Like It’ (1981), In Sydney Today(1991), The Midday Show: ‘Sunshine Friends’ (1986), ‘Most People I Know’ (1993), ‘Somewhere Over The Rainbow’ (1994), ‘Most People I Know’ (with Gary Sweet) (1994) with The Aztecs performing ‘The Sky Is Crying’, ‘ Let Love’ (1994) and lots more.