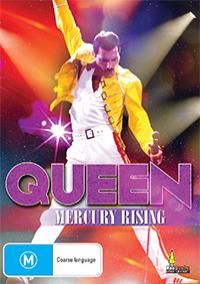 Queen – they Certainly will rock you!

Freddie Mercury, Brian May, Roger Taylor and John Deacon, four names synonymous with one of the worlds all time great rock bands – QUEEN.
Formed in London in 1971, Queen enjoyed relative success in their early years in the UK with their first two albums: QUEEN (1973) and QUEEN II (1974), But it wasn’t until the release of Sheer Heart Attack in 1974 and A Night at the Opera (featuring their smash-hit single ‘Bohemian Rhapsody’) in 1975 that the band went on to be a truly global success.
By the late 1970s Queen had exploded on the music scene with the crowd-cheering anthems anthems as ‘We Will Rock You’ and ‘We Are the Champions’. By the early 1980s their success continued and in 1985 their appearance at Live Aid sealed their international reputation, providing the world with one of the greatest all time performances in rock history.
Unquestionably one of the world’s biggest and best-selling rock bands, with over 200 million albums sold worldwide, Queen’s rise to fame is expertly documented in Queen: Mercury Rising, capturing their remarkable story through rare archive footage, interviews and in-depth access to the likes of Brian May and Paul Gambaccini.