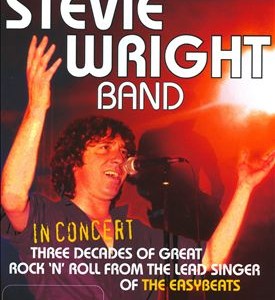 Steve Wright may well be regarded as a pioneer of Australian Rock ‘n’ Roll. In the 60s with the Easybeatshe created several Australian hits like ‘She’s So Fine’, ‘Sorry’, and ‘I’ll Make You Happy’ and the worldwide smash ‘Friday On My Mind’.In the 70s he began work on his debut album Hard Road with Easybeats songwriters Harry Vanda and George Young. Released in April 1974, the album peaked at number five on the national charts and spawned Wright’s best-known hit, Evie.This concert, recorded at Adelaide’s Bridgeway Hotel in 1987 is the culmination of three decades of commitment to rock from an artist whose legacy endures unabated today.