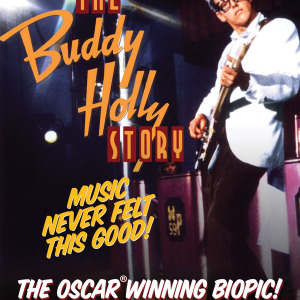 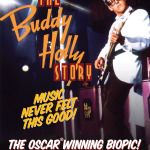 At 20 years old, Buddy Holly became one of the most important men in America, his musical legacy credited with changing the future of a whole generation. This Academy Award® winning film tells his story – from its explosive beginning to its tragic end.Gary Busey (INSIGNIFICANCE) stars in an electrifying Oscar® nominated performance as the self-taught musical genius from Texas who forever changed the tune of rock ‘n’ roll.With a groundbreaking combination of country music and rhythm & blues, Buddy Holly and his band The Crickets (Don Stroud and Charles Martin Smith) catapulted to stardom with such hits as “That’ll Be the Day”, “It’s So Easy” and “Peggy Sue”.Despite opposition from his conservative hometown and his straight-laced family, Holly had it all… but the trials and tribulations of fame began to take its toll, and his brilliant career ended in heartbreak all too quickly. Though his professional career spanned just three short years, Holly’s recorded material is credited in influencing the likes of ELVIS COSTELLO, BOB DYLAN, THE ROLLING STONES and THE BEATLES.Winning the 1978 Academy Award® for Best Score Adaptation, THE BUDDY HOLLY STORY is a classic rock n’ roll biopic on one of the most influential and intriguing rock n’ rollers of all time.